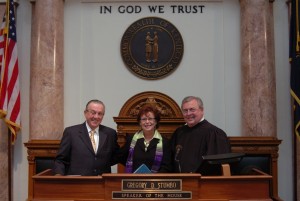 Larry Clark being sworn in as Speaker Pro Tem with his hand on the family Bible that is being held by his wife Violet.