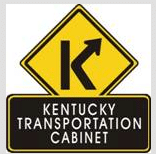 The congestion will affect traffic throughout the Louisville and Southern Indiana region, not just those commuting across the Ohio River, officials warned.

“Commuters are the key to making this plan work,” said Ryan Gallagher, director of traffic management for the Indiana Department of Transportation. “It is critical that commuters tomorrow – both morning and afternoon – realize that familiar driving habits simply will not work for the vast majority of people.”

The traffic plan has several key elements that will require commuters to alter long-established driving patterns.

Special lane-dividing markers on the I-65 Kennedy Bridge to more firmly channel southbound traffic toward I-64 and I-71. Motorists will not be able to access the right lane once they are on the bridge.

In Louisville, closure of one lane of the ramp from I-65 north onto I-64 east.

In Louisville, closure of the ramp from westbound I-64 onto I-65 in downtown Louisville. That will restrict I-64 to local access downtown. Commuters wanting to access I-65 will be required to use I-71 or surface streets.

In Indiana when the I-65 northbound ramp to I-265 westbound is overloaded, signs will direct traffic to a make-shift U-turn at the Indiana 60 exit one mile to the north. Signal timing at the entrance and exit ramps have been modified to help traffic flow.

The changes are being made to compensate for loss of the Sherman Minton, which was ordered closed on Friday after inspectors found cracks in the bridge’s steel. The bridge normally carries 80,000 vehicles each day. Its closure leaves just two Ohio River crossings between Louisville and Southern Indiana – the Clark Memorial and Kennedy bridges.

Here are key points to help with the commute:

Plan ahead. Your normal route may be affected even if you don’t cross the river.

Leave early or much later to avoid rush hours.

Carpool or telecommute if possible.