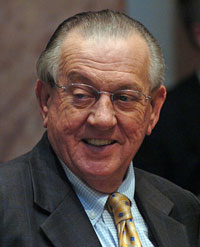 The House of Representatives has passed legislation addressing a matter of significant importance to the legislature as an institution and to our dedicated staff as well.

Last week, after a half-day hearing attended by only five of eight members of the Kentucky Legislative Ethics Commission, the attending members could not reach a sufficient number of votes to determine that a former state representative had sexually harassed three female legislative staffers (they needed 5 affirmative votes but only received 4).

Floor Amendment 3 does four very simple things:  First, it clarifies that the Ethics Commission’s jurisdiction extends to former legislators who are accused of conduct occurring while they were members of the legislature and that sexual harassment claims are also within the jurisdiction of legislative ethics.  Uncertainty in the law on this subject was a contributing factor in the Commission’s failure to determine the responsibility of former House member John Arnold for conduct alleged by staff members.

Fourth, it requires appointees to attend Commission meetings by allowing the Commission to remove members who do not attend at least half of the scheduled meetings within a calendar year.

All of these provisions will clarify the law and improve the Commission’s processes.  I supported and voted for Floor Amendment 3. I also encourage the Legislative Ethics Commission to rule favorably upon last week’s request from the staff members that there be a rehearing of their allegations before the full Commission.  I am hopeful that request will be granted in the interest of fairness.