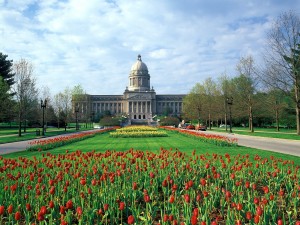 FRANKFORT, Ky. (April 22, 2014) – As he signed the final bills passed in the last hours of the legislative session, Governor Steve Beshear applauded the many successes of this General Assembly, which include investments in education, health care, safety and job creation for Kentuckians.

Gov. Beshear took final action on 19 bills passed in the last two days of the session, including the Transportation budget and six-year Road Plan.

“Despite another tight budget, I am pleased with the investments we made in this legislative session as well as new laws passed that will create more jobs, protect our most vulnerable citizens, and support businesses and families,” said Gov. Beshear.  “This is one of the more successful legislative sessions in recent memory.”

The Governor issued a handful of line-item vetoes today related to the Kentucky Transportation Cabinet budget to strike confusing and problematic language in the bill that diminished the administration’s ability to successfully manage the transportation budget, and to strike unnecessary language in House Bill 301 related to the Rupp Arena project.

Among the bills the Governor signed this session:

·         Adult abuse registry:  Senate Bill 98 creates a registry in which any caregiver convicted of abusing an adult must be listed, so families and private care employers can check a worker’s background before hiring.

·         Cannabidiol:  Senate Bill 124 allows families experiencing difficult health problems new options for treatment through a derivative of hemp oil when prescribed by a research university or through an FDA study.

·         Mountain Parkway:  House Bill 237 and the Road Plan include funding and support for the four-laning of the Mountain Parkway, one of the Governor’s critical goals in the Shaping Our Appalachian Region (SOAR) initiative.

·         Juvenile Justice:  Senate Bill 200 shortens commitment timeframes and reduces out of home placement for youth with misdemeanors and Class D felonies.  The bill also emphasizes investing more resources into community-based programs so that treatment for lower level offenders can be offered in the community, and creates the juvenile oversight committee that will include members from several different agencies that are involved with juveniles.

The $20.3 billion two-year budget as amended by the General Assembly makes a number of significant investments, including these highlights:

·         Increases in technology funding by $9.9 million, textbook funding by $33.4 million, professional development by $10 million, safety by $9.4 million and extended school services by $20 million.

·         $145.5 million in agency bonds to support one high-priority building project at each of the state’s 16 KCTCS campuses. Agency bonds are paid back using identified revenue streams at the schools.

·         $418.9 million in General Fund-supported bonds and $450.8 million in agency bonds to support construction projects at the state’s four-year public universities.

·         An increase of $97 million over two years for the Child Care Assistance Program, which subsidizes child care for low-come families so parents can work.

·         $30 million in bonds to extend high-speed broadband access across the state via the Next Generation Information Highway, beginning in Eastern Kentucky.

·         $24 million in bonds to build an advanced manufacturing training center in Georgetown that will produce workers for Toyota and other auto manufacturers.

·         $32.5 million for construction of the Breathitt Veterinary Center in Hopkinsville.

·         $56 million for the Kentucky International Convention Center in Louisville.

·         $200,000 each year to fund administrative costs of “Shaping Our Appalachian Region,” the initiative to boost the economy in Eastern Kentucky, and $2 million each year for a new Regional Strategic Development Fund.