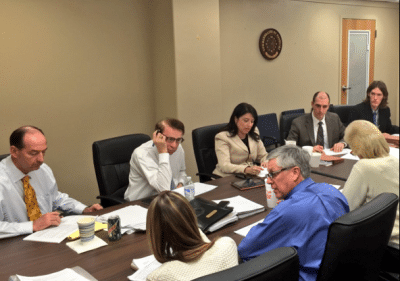 FRANKFORT, Ky. (March 7, 2016) – “Either Gov. Matt Bevin doesn’t know how the process works, or he was trying to distort the truth and mislead people with his video today on social media,” said Rep. Sannie Overly, chair of the Kentucky Democratic Party. “While Gov. Bevin was trying to be the star of his own phony reality show at the wrong place, House lawmakers were heading to work in the Capitol Annex, where committee meetings happen every day during session.” 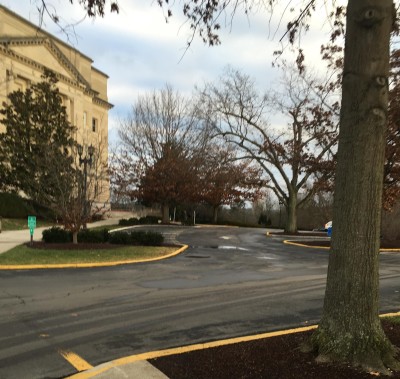 Attached are pictures of House Democrats meeting in committee (photograph taken just after noon today), and Gov. Bevin’s staff parking lot, which was empty at 8 am (photograph taken at approximately 8 am today).